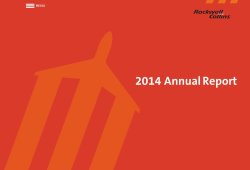 Avionics and Interiors ? At first glance, surely an orthogonal combination ? At last, some meat for those True Believers in the relentless penetration of Aerospace by the Internet Of Things to get their teeth into. (Many aerospace commentators seem compelled to bloviate on how big it is and exciting it will all be, while specifics are precious few – same story with Big Data…) But Kelly Ortberg said it: “We’re going to be embedding microprocessors in everything. We’re going to be embedding software and software applications across the airplane.” He was talking about Rockwell Collins acquisition of B/E Aerospace.

Lest anybody feel that Ortberg’s feet might be leaving the ground, remember one of the low-hanging fruit quickly accessible from the Arinc acquisition: timely clearance of in-flight credit card purchases. Time was, an expired credit card might remain unnoticed until the aircraft arrived at the gate, all the transactions were batched up and sent to the server, and by the time the cabin crew learned the bad news, the passenger was long gone: a small, but irritating erosion of the elusive phenomenon known as “airline profitability.” A nice early win from that acquisition.

Let others speculate about the sublime technical possibilities: “Ops Control, galley insert 17666929 reports a coffee deficit on the Milan-Barcelona early. And Maintenance Control, prepare for a blocked toilet on….” One might argue that some of the clever technical value-adding innovation could happen without M&A activity. But perhaps there is a fertile line of thought here after all – the value-add not the technology itself, but the redirection of activity that the technologies allow: operations, maintenance and what OEMs call “The Aftermarket.”

Rockwell Collins has been coping with a slight problem. Their clever boxes have got more and more reliable. Initial Provisioning revenue has been lower for newer than for previous jets. And those new generation airliners have moved towards total-support packages, with a mighty tussle between Airframe OEMs, big Independent MROs and Support/Pooling Specialists to divide up the spoils. Typically, engine, APU, wheels & brakes and landing gear are big specific expenditures that are worth pulling out of such packages for separate suppliers to bid on. Avionics, however, as the next-biggest spending category, are harder to dig out of broad support contracts: a challenge COL has done its best with*.

Higher reliability and potential intermediation are parallel to the challenges of the older-generation jets: Used Serviceable Material availability (much preferable to expensive specialist repairs) rises as jets are pulled out of the fleet and parted out, with a very steep inflection point from demand to oversupply. So COL’s aftermarket revenues are eroded at the front and back end of the aircraft lifecycle, challenging the finances of running a high-performance global support network. At the same time the number of customer touch-points – simple day-to-day interactions that are crucial, from a BD guy’s perspective, to maintaining happy relations – is put under increasing pressure. This is particularly important given the low proportion of airline spend on avionics which is discretionary: much spend is driven by mandatory requirements.

BEAV brings product lines with complementary service & support needs. Seats, galleys, lighting, water/waste – all products with shorter refresh cycles and relatively high-visibility service needs and requirements. “…and would you like an updated Weather Radar with that ?” is an unlikely turn of events, and nor is it likely that COL will benefit much from adding the 5-10% of cabin systems/furnishings to the ~15% avionics component MRO spend to come up with an improved total-support offer covering more value than the APU/wheels & brakes categories noted above. (Although the combination would not be so different from the OEMServices (Thales, Zodiac, Diehl, Liebherr) offer.) “Servitisation” is another abstract theme much loved by analysts but hard to accomplish - the author recalls hearsay of an IFE OEM Support Services VP noting his extensive global network of high-cost specialists who spend their days walking into and out of aircraft cabins ruminating about what else, beyond IFE, those specialists could be doing to earn money and defray their overheads while onboard. BEAV’s service network is already extensive, perhaps to become a target for rationalisation, but certainly ideal for simplifying logistics, carrying stock of any COL high-turn items and perhaps simplifying low-cost sourcing for COL repair shops.

COL, of course, has had Intertrade active in the Used Serviceable Material trading market for some years, run at arm’s lengths with the aim of preserving the values of independence and agility while maintaining the OEM cachet. The same approach could work nicely applied to BEAV’s product lines where there is intense competition from independent repair, Used Serviceable Material and even PMA.

On the OEM side, we are in an era of delivery: Boeing’s Middle-of-the-Market design is the sole new project likely for some time. Suppliers are requested and required to focus on delivery performance, cost-down in an endless effort to protect incumbency. Naturally, a step up from ~3.5% of airframe value to 6-7% (figures from the IHF Advisory Airframe Value Map for typical modern-generation air transport) will do no harm to COL’s new negotiating position. BEAV’s exclusivity on 737 lavatory and other interior products is also a valuable example of the company’s recent and effective push into the big OEMs. Once again, the faster upgrade cycle on interior products gives COL more opportunity for short-cycle, high-visibility engineering and technology insertion to keep a competitive edge. As well as keeping Engineering skills sharp, this will trickle down into the upgrade and refit market smoothing revenue streams, with Ortberg predicting between $200K and $1M opportunity per aircraft – for a fleet of well over 20 000.

Commentary above, of course, omits one of the crucibles of technology development in aerospace: Business Aviation. COL’s challenge here has been to maintain that push up into the bigger aircraft, where Honeywell has had strong positions (the combination of economic weakness and competition from Garmin has rendered the small-aircraft market pretty ugly since 2008.) Here, the combination is sweet: BEAV has leadership in the seat refit market, where COL technology innovation should be highly complementary (compare BAE System’s push into in-seat recharging and wireless streaming options for Airlines under the Intellicabin brand**.) BEAV has an attractive history of technology differentiation and growth in seats, a difficult and hotly-competed segment. The COL/BEAV combination could grow as high as 12-15% of equipment on some Business Jets (Airframe Value Map large business jet) – nice positioning for OEM negotiation, but better yet for later-lifecycle upgrades and technology insertions. Although BEAV’s margin is slightly dilutive to COL, both interiors and avionics are high-profit segments, with BGA a strong contributor to profitability in both cases.

*Thierry Tosi’s comments on this at MRO Europe 2016 noted that Rockwell Collins has ~50% of the 787 fleet on such contracts, and ~10% is more typical for other platforms.
**Jared Shoemaker, Director Intellicabin, Airline Passenger Experience Expo 2016, https://www.flightglobal.com/news/articles/wireless-option-enables-new-ife-opportunities-bae-s-430717/

How much are your trainers ? An aerospace analytical shootout.

See you at MRO Europe !

See you at Farnborough !